For the Norwegian Cup cross-country skiing race in Gålå (March 5-7, 2021), Janis provided our tracking sensor to athlete Moa Larsson. In this blog we explain how Janis (staying at home) worked remotely with Moa and used our system to optimally prepare her 20 km freestyle race, based on the analysis of her 10 km classic race.

The journey of sensor and raw data

The day before Moa was leaving for Gålå, Janis gave her one sensor and explained how to use it and download the data after each race. During warm-up Moa switched the sensor on and left it for about 20 minutes in the outside pocket of her bag. This allows the sensor to acquire a maximum number of satellites. Right before the start, whilst changing, she put the sensor on and was ready to race. Immediately after she switched it off.

Once back at the accommodation, Moa connected the sensor to her computer, downloaded and erased the data and loaded the battery for the next day. This was all possible without internet connection. Finally, Moa sent the downloaded data file by E-Mail to Janis.

Printscreen of the sensor management page on the Archinisis webapp that can be used without connection to the internet to download the sensor raw data.

After Janis received the raw data from Moa, he uploaded it to his private workspace on the webapp. In a first step, the race track was extracted from the data and split times were defined. This took 2 minutes. In the second step, the smart segmentation feature was used to automatically cut the raw data into laps and compute the performance data for each lap. This processing took 3 minutes. 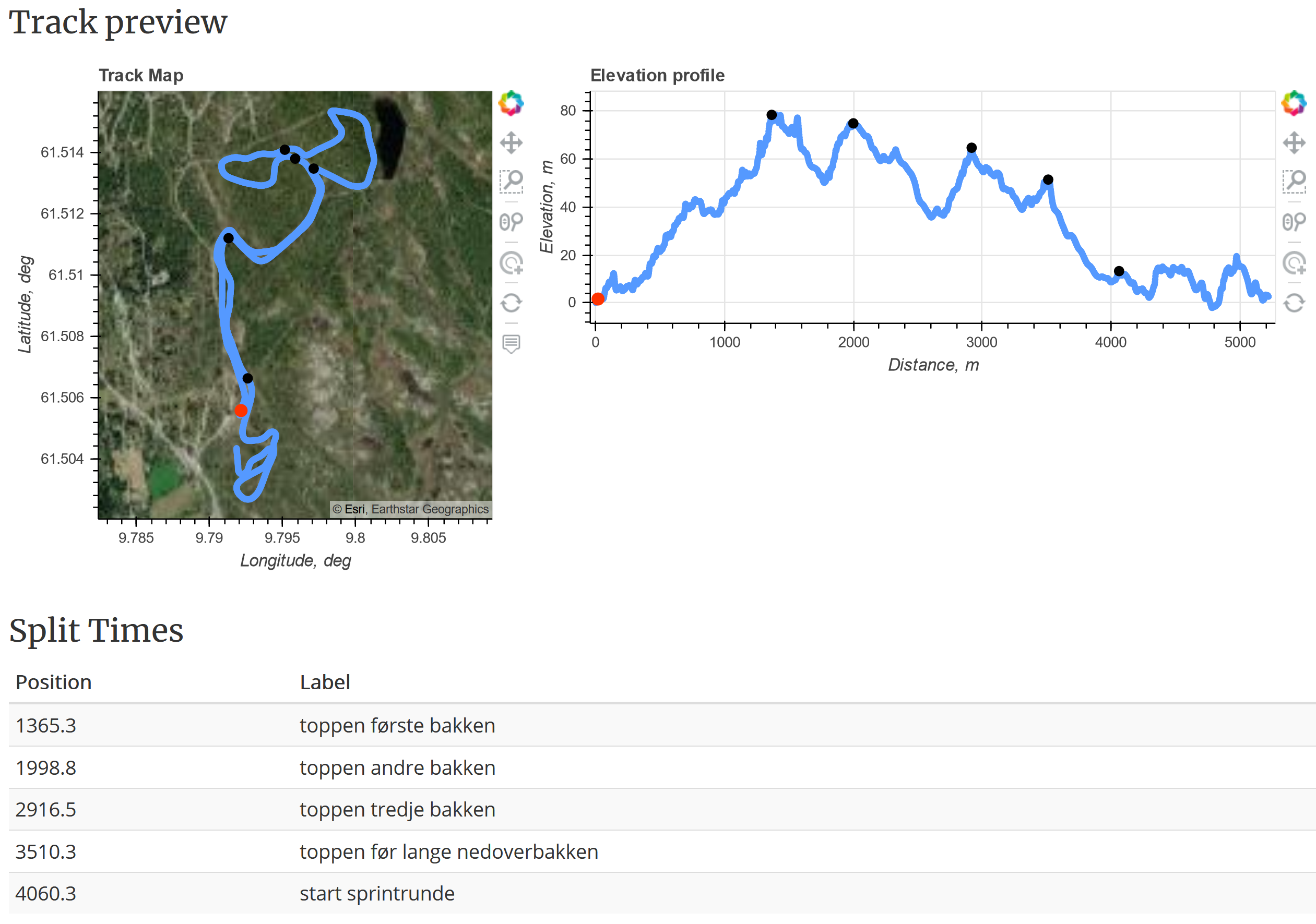 Janis first compared the timing of the two 5km laps. He could immediately see that Moa lost 61.84 seconds on her second lap compared to her first lap. The most time was lost during the first long uphill (45.28 sec) and on the third uphill (about 10 sec). In all other sections, only a few seconds were lost. 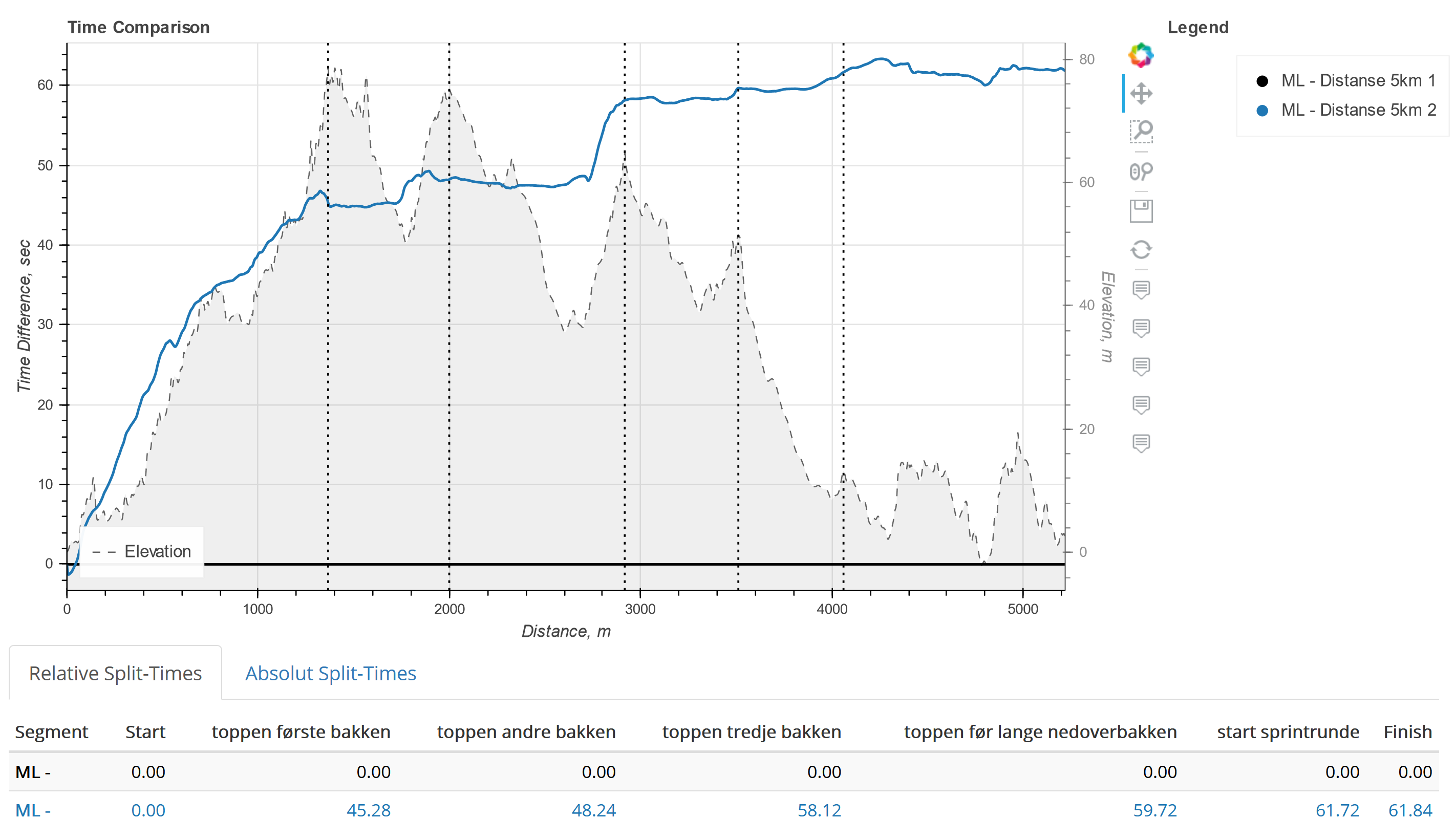 The time comparison of the two laps. The black line on the ground shows the chosen reference lap, here first lap, while the blue line shows the development of the time on the second lap compared to the first lap. The elevation profile of the track is shown in the background. At the bottom is the table with the relative split-times.

To obtain an in-depth understanding of the speed loss, Janis opened the speed and sub-technique comparison. This comparison plots a color-coded elevation profile showing the relative speed difference as well as colored rectangles depicting the sub-techniques. Invisible in the time comparison, Janis could now see that for the second lap, despite losing a lot of time in the uphills, Moa was faster in the "kind of easy" sections. Interestingly, for the second lap, Moa often skied faster into downhills but was getting slower towards the end of each downhills (orange circles). This is a sign that the skis were getting slower over time. Nevertheless, Moa was still trying (and succeeding) to provide a lot of speed into the downhills.

The chosen sub-techniques were similar with the exception of the first long uphill, where Moa used less double pole and more the diagonal stride sub-technique. This indicates that she was getting tired and did not have the power left to use the faster double poling sub-technique as long as possible.

The feedback to the athlete

Only a few minutes after Moa sent the data to Janis, he was ready to provide quick feedback. Janis exchanged only some few words but enough to give her confidence for the 20 km race the next day: he told her that she was skiing really well on the "easy parts" of the second lap and that he could see that she really tried to get as much speed as possible into the downhills. He also told her to try to start more controlled to have more energy left for the remainder of the race. Janis didn't say anything about the skis, but mentioned it to the waxers so they could change the preparation of the skis.

With this feedback and some adjustments in the ski preparation Moa did one of her best races of the season and got the best FIS points ever!